This is not a unique disaster story - but it’s a story not told often enough.

For me, the word “preparedness” conjures thoughts of Go-Bags, crank radios, well appointed stockpiles of shelf-stable food - of rugged individualists hellbent on surviving nature’s fury against all odds. That said, we can’t always prevail in the face of disaster by our efforts alone - nor should we.

During times of disaster, your most important resource may prove to be the love of a friend, the generosity of a family, the kindness of a good community. 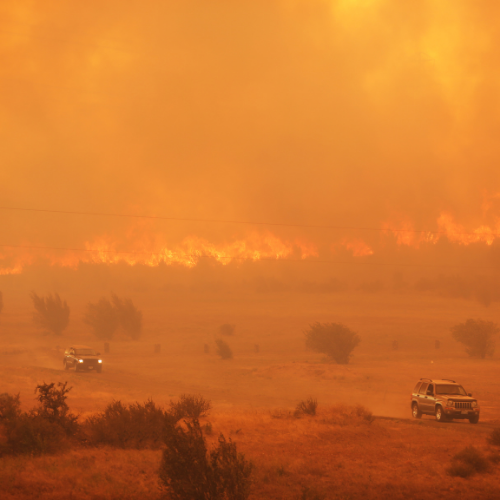 Their son’s 90mph approach up their country drive was the first sign that something was dangerously amiss. “Load up the animals,” Kilian commanded. “The canyon’s on fire.”

When Matt and Chris last checked, the Beachie Creek Fire was no threat to their ranch in Gates, Oregon. But a historic windstorm had breathed vicious new life into its flames. Like water through a funnel, it swept through the canyon to take direct aim at their home and livelihood – a place known as the Broken M.

The fire department gave them 90 minutes to evacuate 20 cows, 20 chickens, 19 pigs, 11 dogs and 11 horses from their sprawling 50-acre property – a task made more difficult by the dark, the thick blanket of smoke, and the panicked animals’ propensity to flee at the approach of their headlamp wearing handlers. Once the road caught fire, their time was up, their work unfinished. They had loaded only seven horses onto the trailers. The chickens were cut loose to spare them a certain death sentence. The other animals were left to their fate. They fled – grateful, sad, scared, and determined to finish what they had started.

After dropping the horses 40 miles off in Lebanon, they caught two hours’ sleep on a friend’s floor. Their second son, Connor, joined them for their second trip to the Broken M. Finding the road completely inaccessible, they drove the “backroads,” nothing more than faint paths drawn by years of wandering horses. They snagged two more horses.

Killian lobbed a pump into the pond and turned the sprinklers on to water the property. They fled. A third trip in, two more horses, they fled once more. Every successful rescue only added to an unresolved problem – where could they flee?

At 10pm, they arrived at their sister-in-law Kaci’s home, 100 miles north in Banks. Chris, Matt, their daughter and grandson - each more traumatized than the next - with 11 sick, traumatized horses in tow. Their work had only begun. The oldest of the horses had collapsed in the trailer, overcome by the stress and the smoke. For hours they cajoled, coerced, and pleaded with the animal to disembark. Minutes before Matt had resolved to euthanize an animal that he had moved heaven and earth to rescue, it stepped off the trailer. It was 1am. 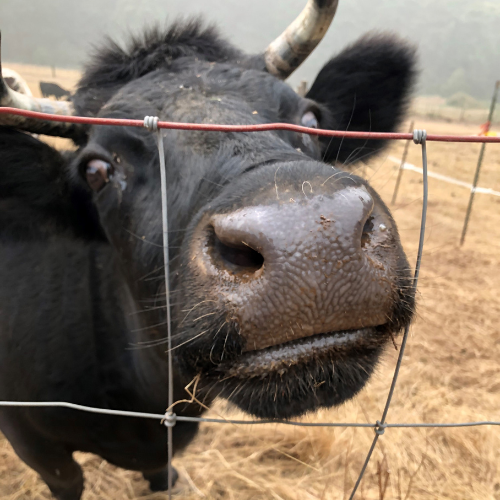 5am, 100 miles south, back into the smoke for a final trip to the Broken M, where they found the cows huddled in the pond, the pigs taking refuge below the sprinklers, the dogs depleted from days on the  run. And against all odds, the chickens emerged, not a feather left on their bodies, but still laying eggs. The animals were remarkably docile. They knew their saviors when they saw them.

This is the moment when these stories usually end. Danger, heroics, loss, generosity, triumph - Fin. But once the credits have rolled and the last drips of adrenaline have coursed our bloodstream, we need something else - something less pretty. We need the permission and safety to fall apart.

This is also the moment to look at the shoulders that the protagonists stood upon. Kaci’s generosity of spirit alone could not overcome the challenge of accepting 50 additional animals onto her four-animal ranch and 11 people into her modest home. “I put a call out to our community,” Kaci said.  “I just said, ‘we need help with anything and everything you can help with.’ I had never had to ask our community for help, but other people have and they come through. It's a good community.”

So what do we take away from this story at this particular moment in time?

As we evolve, preparedness is in need of a deliberate and necessary movement from “I” to “us.” 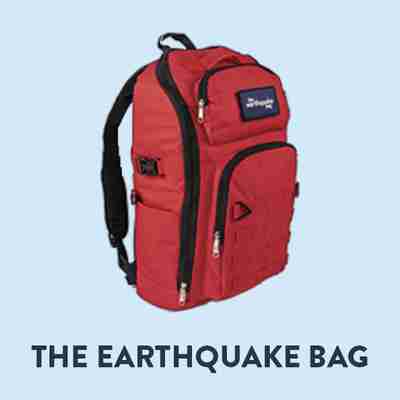 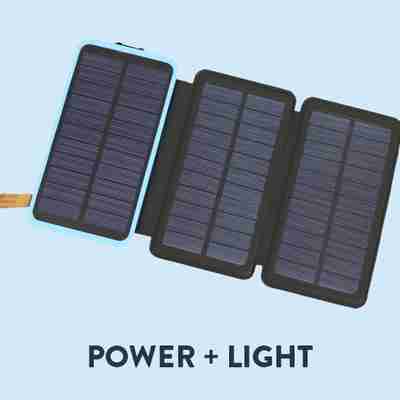 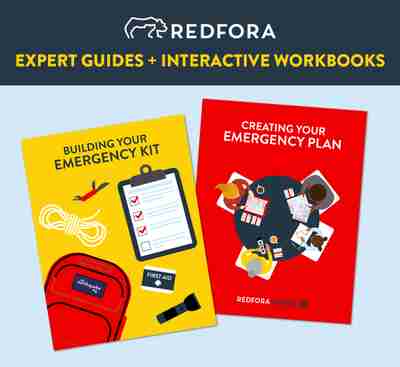 ALL MATERIALS © 2023 REDFORA | DESIGN BY SLEEPLESS