It's hard for me to explain the personal impact of the fires in Sonoma, Napa, Mendocino and Lake counties last October. I've lived in California for 5 years, but I've never come face to face with the reality of a wildfire. It has always seemed far away, like something that happens but doesn't affect real people.

If you didn't follow the news back in October, Northern California was hit with a brutal series of wildfires that tore through communities, leaving 42 dead, 8,400 structures destroyed, and more than $1 billion in damage. 200,000+ acres burned, and over 11,000 firefighters battled the flames. It became one of the most terrible disasters in California history.

For us living in San Francisco, there was no way to ignore it.  An inferno was consuming homes, memories and lives only 55 miles away, and the wind was steering the smoke from those massive, devastating fires right over the city. The streets were filled with people in n95 masks, and air quality alerts went out. It wasn't safe to breathe the air.

Just north on 101, air quality was the least of everyone's worries. Lives had been lost, and many were still at stake. Our friends working in hospitals cared for people fighting for their lives. My family members had been evacuated, and rushed to grab what they could before running out the door. They didn't know if their house would still be there when they returned.

The fires have stopped, but now the work has begun.

People are remarkably resilient, so these communities are rebuilding. The grief still remains, as well as the struggle to land on your feet. So many people we spoke with are still trying to make ends meet. Many are still sleeping in cars.

Unfortunately, if often takes a physical reminder like smoke in the air to remind us of the struggles others are facing. But the response was (and still is) massive. Volunteer opportunities were actually hard to find in December, and many agencies asked us to volunteer in January, once volunteerism died down. And so we did.

We signed up to volunteer in January with Redwood Empire Food Bank, one of the largest food banks to serve the communities struggling to rebuild, and they were much more excited for the volunteers this time. It seems that the Christmas spirit get the number of volunteers high through New Years, but then they saw a large drop as the news started covering other fires and disasters elsewhere.

We were drawn to Redwood Empire Food Bank because they spend 95% of their budget directly on food programs, donated 13 million meals last year, and provide 2 meals for every dollar donated. They were partners with the community fund we had donated to back in October, and we had learned some about them then.

I didn't know much about food banks before our volunteer trip, but it was fascinating to learn about. Their model is simple - reach out for donations from local food companies, farms, and providers, as well as purchasing food with donations received, and then get that food directly to folks in need. It's efficient, effective, and fills a huge need in our communities.

"The fires have stopped, but now the work has begun."

The donations are stored in a huge warehouse in Santa Rosa, where they are inventoried,  packaged, stored, and then shipped out in 18-wheelers to their program sites, partner organizations, or pickup locations. 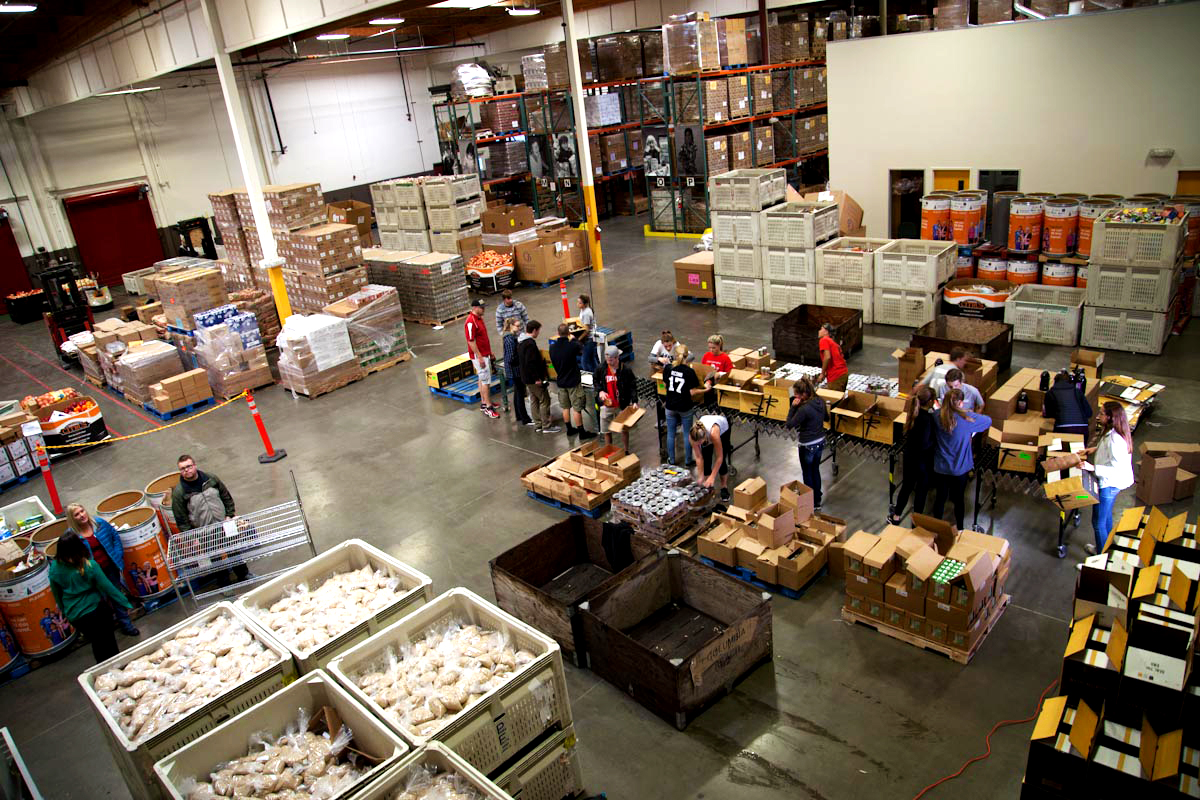 One of the methods they distribute the food is via drive-by pickups, and we were assigned to one of their many daily locations. The truck arrives at 8am with the drop off of food for the location. It needs to be inventoried and sorted, and often bagged to be ready to give multiples.

We set up a station for each volunteer (I was in charge of the dairy) to hand out the donations we had to give that day. Each car with check in with the coordinator, who would approve how many families they were picking up for. As they pulled up, we would fill their trunk or backseat with the groceries that would get their family through a few days.

The recipients varied in many ways, but were all extremely thankful. It felt strange to be thanked, as we were doing so little to help relative to the organization and the other volunteers. Many recipients volunteered their stories - what happened to their homes and families in the fires, what it's like to pick up the pieces from a tragedy like that, and what their challenges are now.

We stretched out the donations to make it last through the last car, and barely made it through the hundreds of cars that had lined up. I started by giving out 8 small milk cartons to each family, but by the end I was giving one each to make it last.

We got a chance to see how many Bay Area food brands stepped up to donate and help their own communities - a big shout out to Blue Bottle Coffee Co and Clover Farms among others. 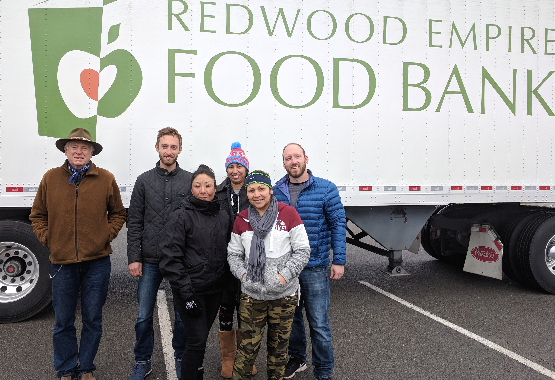 At the Redwood Empire Food Bank

A huge thank you to the volunteers who joined us in Petaluma - you taught us so much, and were such a pleasure to spend the day with. We salute you!

We can't recommend our experience highly enough. If you've always thought about volunteering but never knew where to start, start here. There are food banks around the country doing amazing work for people in need that are searching for volunteers right now! Go here to find the food bank closest to you.

We've learned that volunteering is just like getting prepared - you just need to start, and it's not as hard as you thought! I think there are so many people out there willing to pitch in and help their neighbors, but they don't know where to start... so they don't.

So just schedule something right now. Our country has always banded together to help those in need, and today is no different. It's individuals giving their time and energy to each other that makes a community a special place, and you have a chance to be part of it.

If you want to join us on our next adventure, let us know! We are always recruiting folks to come give a bit of time with us.